Brown Girl In The Ring

Vivacious, animated, a go-getter, vibrant – all these words came to mind when I first met Aparna – a professional dancer who challenges the norms of what a dancer should look like in our country.

Aparna Nagesh is the founder of Showstoppers INC, an arts promotion and event concept brand and the founder of High-Kicks, Chennai’s first and only all-girls performance crew.

She has now been in the dance and entertainment industry for over 14 years and she loves it to the core.

However, Aparna knows that it is not easy to hold your own when performing in a field where what you look like determines how far you will succeed – especially when you are not fair, tall, slim and therefore not ‘beautiful’.

Having gone through self-esteem issues raised by the notion that only fair is lovely, and having had her clashes with the image of the stereotypical dancer, Aparna was more than ready to share her story to help put a stop to this myth.

From back during her school days, she was always cast as the villain in school plays because of her dark skin, in spite of her talent.

To this day she can still re¬member the names she was called in school because of her dark skin. The colour of her skin was not something that she could change, so she had to put up with all the name-calling.

It was not easy for her to find a confident, dark-skinned woman role model in this day and in this country, which, for the most part, stereotypes beauty as someone with fair skin.

She tells of the many times she would run to her mother, who was a constant source of strength and comfort. Her mother would always reassure her that her skin colour did not matter, and that she was beautiful just as she is.

Another outlet for her feelings of rejection and low self-esteem was the therapy of dance. Dancing allowed her to vent all of her frustration and boost her self-worth.

This realization of empowerment by dancing helped her determine her future. She knew that she could teach many others that dance was not just an art form, but a therapeutic form of self expression – especially for the youngsters of today who are under so much pressure to look a certain way. 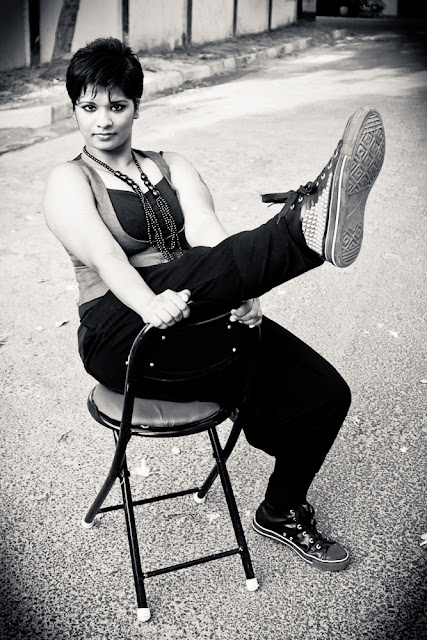 She even played the roles of an official stylist, costume designer, manager of the training and performance division and Chief dance instructor. Suffice to say, she had a lot of experience as a dancer and as a performer.

In spite of her seniority and dancing ability, clients would often ask her to move from center stage to the sidelines because she didn’t fit the mould of the typical performance artist.

While fuming inwardly, Aparna learnt to keep a calm exterior. She dreamed of a day where dancers would be judged by how they danced and not by the colour of their skin.

She was one of four individuals from South India selected for full scholarship by the U.S. State Department to participate in a Culture Connect programme, organised by the Kennedy Center for Performing Arts, Washington DC.

She was the recipient of the Certificate of Excellence, International Student Program in Dance Performance and Vocal technique, Broadway Dance Center, New York.

These experiences compelled her to start something with her stamp on it, and something that would address issues that affected her. That was how Showstoppers INC. and High-Kicks were born.

Her desire is to change the way people look at and treat performers, and through her experiences and her dances prove that the medium of dance can be a source of help to young children and adults going through life’s struggles.

She wants to address social issues through her dances and is hoping to make a difference in the world around her by doing what she does best – dancing her way through life.

This journey eventually drew Aparna to a new campaign in the city to fight skin colour bias, called Dark is Beautiful, initiated by Women of Worth.

Being involved in the Dark is Beautiful campaign is one way Aparna hopes to make a difference. She is currently developing dance and movement activities for the DisB workshops aimed at helping children build their self esteem.

“Dark is Beautiful is a campaign that is obviously very close to my heart because I have been the butt of many jokes,” says Aparna, adding, “The campaign is aimed at creating awareness amongst all strata of people to remove the stigma of skin colour especially amongst young impressionable children. Hopefully we can change mindsets at least one at a time!”

You may recognize the title of this article “There’s a brown girl in the ring” as the song made famous by Boney M. It seemed particularly apt for Aparna – a confident, dark-skinned woman who dances like a dream.

What you may not know was this song is a traditional song in the West Indies, sung while children play a ring game/dance, viewed as a source of pride about their brown coloured skin.

Aparna’s story challenges us to do the same – as a nation, to be proud of ALL the varying skin tones– white, ‘wheatish’ (whatever that is), brown, yellow and black. We don’t have to write a song about this, but we should be proud of who we are and how diverse we are.